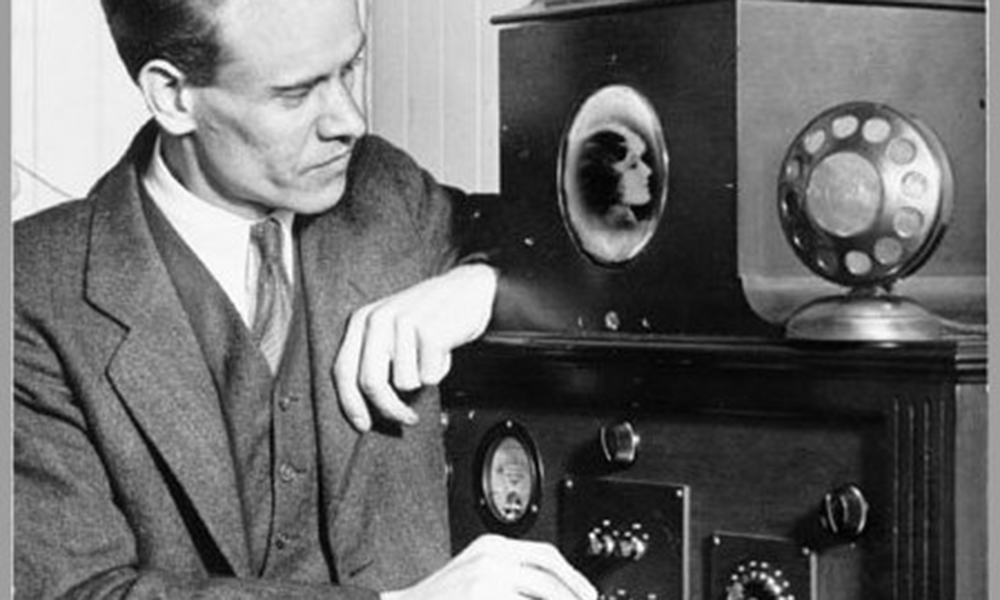 Philo T. Farnsworth in 1935 with a television set he invented.

Tribute to Philo T. Farnsworth, “The Father of Television”

Philo T. Farnsworth, the Idaho farm boy inventor, conceived a model for electronic television, while watching wheat fields blow in the wind, in 1922 at the age of 14. He went on to register over 100 television patents and lived to see his invention transmit images of astronauts on the moon in 1969, making all of his sacrifices worthwhile. His statue, as the Father of Television, is in the Capitol Retunda.

“Philadelphia, PA . . . . A. H. Brolly is seen operating a camera (image dissector) that picked up the physical picture of the performers in television, as their music and songs were picked up by microphone for radio transmission in demonstration of the television system developed by Philo T. Farnsworth, Young radio engineer, yesterday (7/31/35).” 1935 Press Photo from Farnsworth Television.

The idea of television was one that seemed a natural extension to many people. After all, it was possible to transmit sound waves through a telephone; why not transmit an image as well? Philo (Phil) T. Farnsworth, who was born on August 19, 1906, near Beaver, Utah, and grew up in Rigby, Idaho. He was interested in science from an early age; for example, when he was only six, he was astounded that it was possible for him to talk to his aunt by telephone. When his father taught him about other important discoveries, like the light bulb and the gramophone, Farnsworth decided he wanted to become an inventor as well.

Farnsworth specifically studied electricity, and he put it to use powering the family washing machine, sewing machine, and even the lights in the barn. At the age of 13, he invented a theft-proof ignition switch for automobiles, earning a $25 first prize. He discovered some science magazines that had been left in the attic of an old farmhouse before his family moved in. Among other things, the magazines contained articles about television and about the electron particle. Farnsworth, who had been raised to be a farm boy, read these magazines and thought more and more about inventing and building a real television.

He was 14 when he was plowing a potato field with the help of a horse-drawn plow. As he crossed the field repeatedly, turning one line of dirt at a time, he realized that it would be possible to draw a picture with electron beams in the same line-by-line way. In 1921, he wrote and handed in a paper to his ninth grade chemistry teacher and lifelong inspiration, Justin Tolman, with a description and a diagram of the first television.

Actually building the television took a long time, but Farnsworth (who by then was a little more than 21 years old) made the first electronic transmission of a single, smoky line on September 7, 1927; he first transmitted the face of his wife, Elma (he called her Pem), on October 19, 1929; and he transmitted an image of the moon August 25, 1934. Farnsworth later credited his wife for inventing television with him; she also helped make the first tubs, drew the technical sketches, and wrote his biography. He said, “You can’t write about me without writing about us — we are one person.” He filed for his first television patent in 1927. The number was 1,773,980, and the patent involved the design of a camera tube. Another patent, 1,773,981, was for the cathode ray tube (CRT) that formed the television screen.

Once he and Pem had built something that worked, Farnsworth had a new problem. No one else had come up with a purely electronic system like his, but two other men (John Logie Baird and Herbert E. Ives) had created mechanical ones that used a spinning disk and spiral perforations that could be used to scan images. Worse, Radio Corporation of America (RCA) owned competing patents that had been filed by Vladimir Zworykin, and RCA did not want to pay royalties to Farnsworth.

The paper Farnsworth wrote as a teenager was his proof in court later on, in 1934, when RCA argued in favor of its own patents. Mr. Tolman gave the paper to the court and testified in favor of the young inventor. Farnsworth won the case in 1935, and the ruling was later upheld on appeal. RCA licensed the patents in 1939 and paid Farnsworth a million dollars for them.

Farnsworth would continue to invent. By the time he died in 1971, he held more than 160 patents. His inventions helped develop astronomical telescopes, incubators for babies, electron microscopes and scanners, and infrared lights. He helped develop radar as well as non-military uses of atomic energy and nuclear fusion. Farnsworth was delighted that his invention that transmitted pictures of astronauts on the moon in 1969.

Each state is allowed two statues in the Capital Building’s Statuary Hall, and Utah selected Farnsworth as one of its two choices. His statue, giving him recognition as the Father of Television, is right next to one of Brigham Young.

“The Boy Who Invented Television: A Story of Inspiration, Persistence, and Quiet Passion ,” by Paul Schatzkin.

“The Early History of Television and Philo Farnsworth ,” web based presentation by Martin Grider. 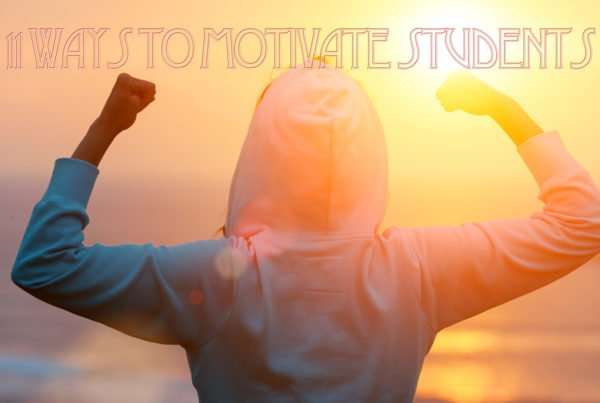 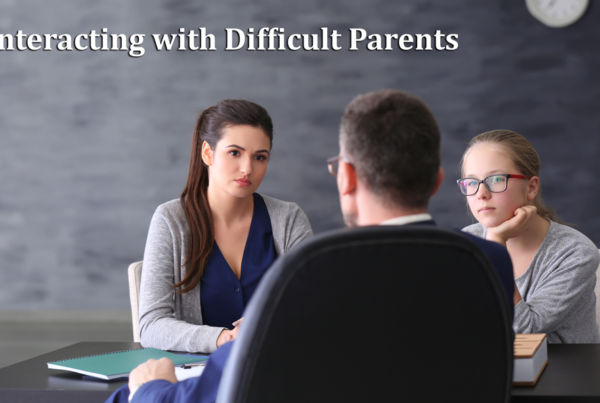 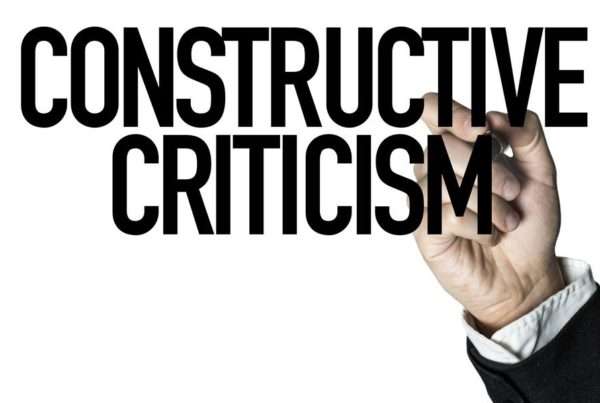