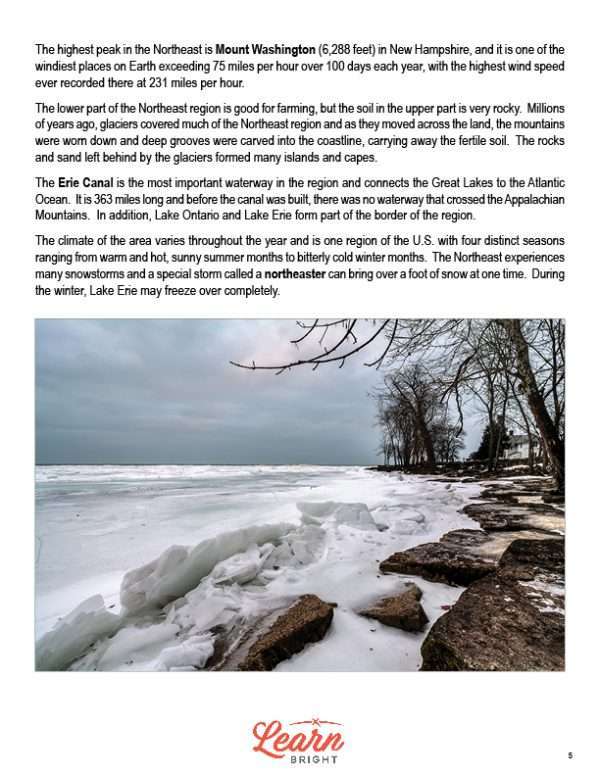 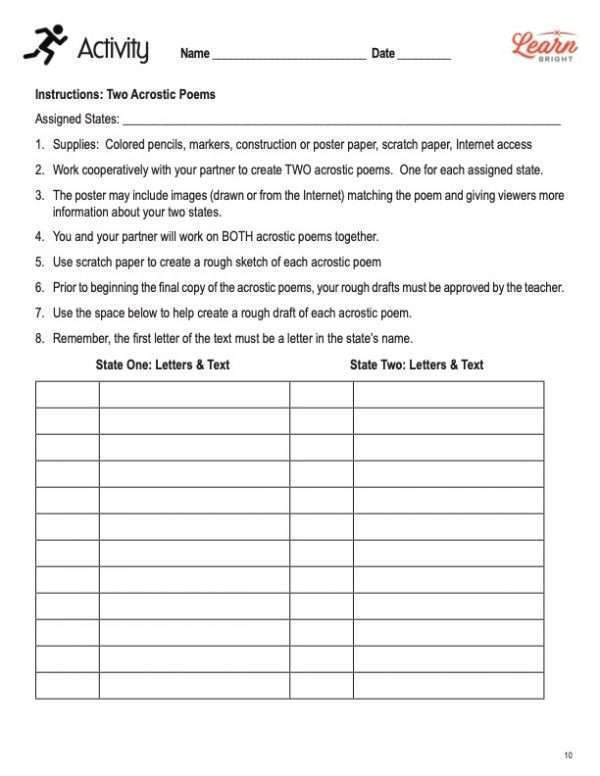 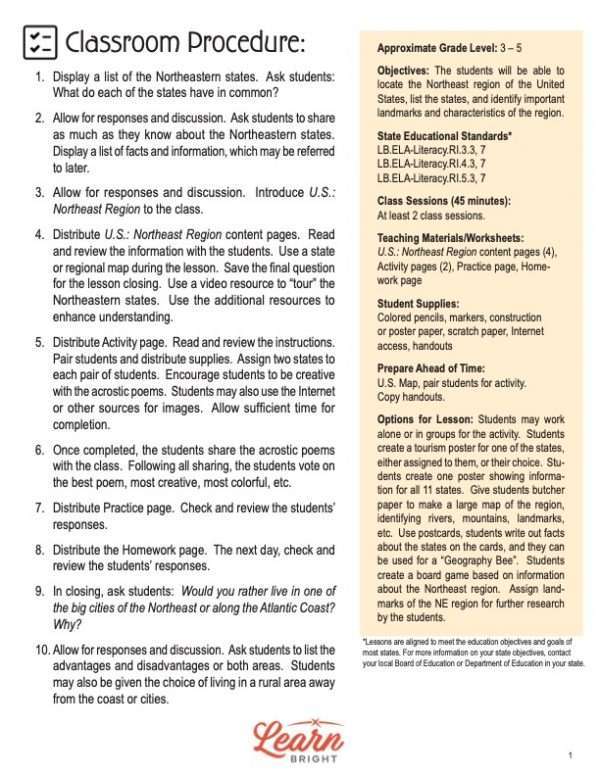 United States Northeast Region teaches students about 11 of the nation’s states. Students will be able to identify certain traits and landmarks of this region. The lesson provides many details about the states individually, such as population and city capital. Students will also learn a lot of history about the areas. For instance, they will learn William Penn, a Quaker who founded Pennsylvania. They will also discover that Boston was originally called the Massachusetts Bay Colony.

Students will have many chances to test their knowledge and grasp of the information. The lesson plan provides you with teaching options to assist in your instruction. You may, for example, like to have students create a board game based on what they learned. Or perhaps they can have a “Geography Bee” using notecards with facts about the different states. There is plenty of room for creativity!

Lesson Objectives and Overview: The United States commonly divides into five different regions. United States Northeast Region focuses on the states in the Northeast. Students will learn facts about each of these states. For one, most of the 13 original colonies of the U.S. are part of the Northeast region. Students will also be able to identify important landmarks and traits about the region overall.

This lesson describes the 11 states that compose the Northeast region. This region is often subdivided into two smaller areas: New England and Mid-Atlantic. Overall, this region is the smallest in land area. Despite this, it is home to the most populated city in the country: New York City. And it includes the longest hiking trail in the entire world! This is the Appalachian Trail, which stretches 2,000 miles from Maine to Georgia.

Students will also learn some history about these areas. They will be introduced to the first European settlers, called Pilgrims. Additionally, they will discuss the region’s significance in the American Revolution and Civil War. For instance, they’ll learn that Rhode Island was called a “rebellious state.” Its people refused to engage in the War of 1812. Rhode Island also declared independence from Great Britain earlier than many other states.

For the activity, students will need to write an acrostic poem for two states. You can explain what this type of poem is if your students do not already know. You may also have students pair up or divide into groups. Then you can assign which states the students will write poems about.

Students will have to use their memories for the practice worksheet. It is divided into two parts. The first part requires students to match a fact with the correct term. For the second part, they will first list the states in alphabetical order. Then they will list them again in order of most to least populated.

The homework assignment is also divided into two parts. First, students will match states to their landmarks and cities. Afterward, they will write the capital for each state of the Northeast region.