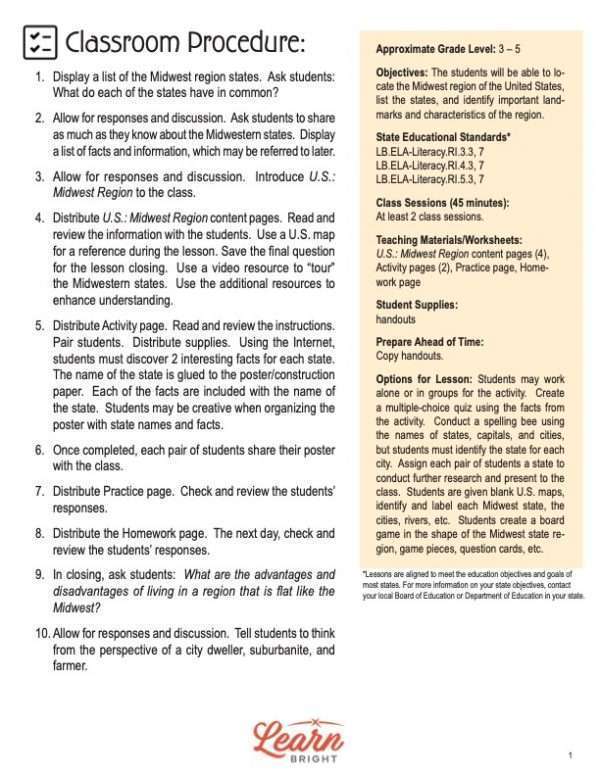 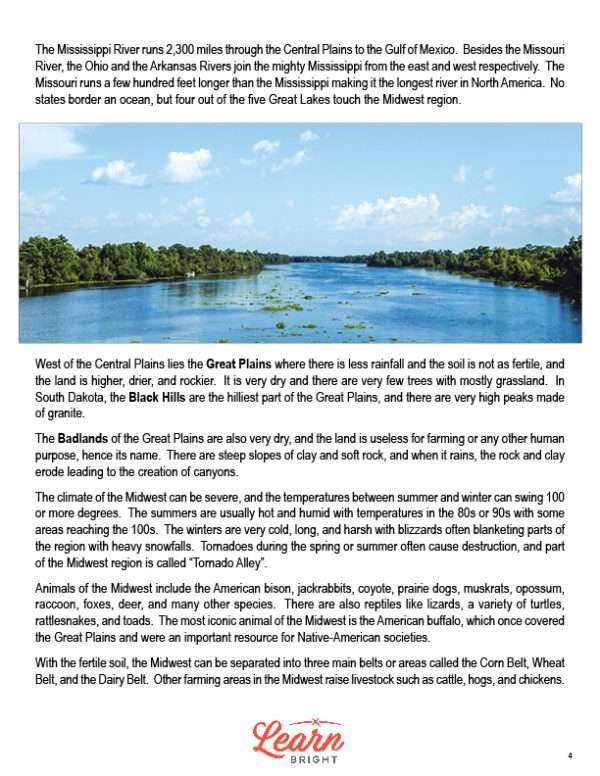 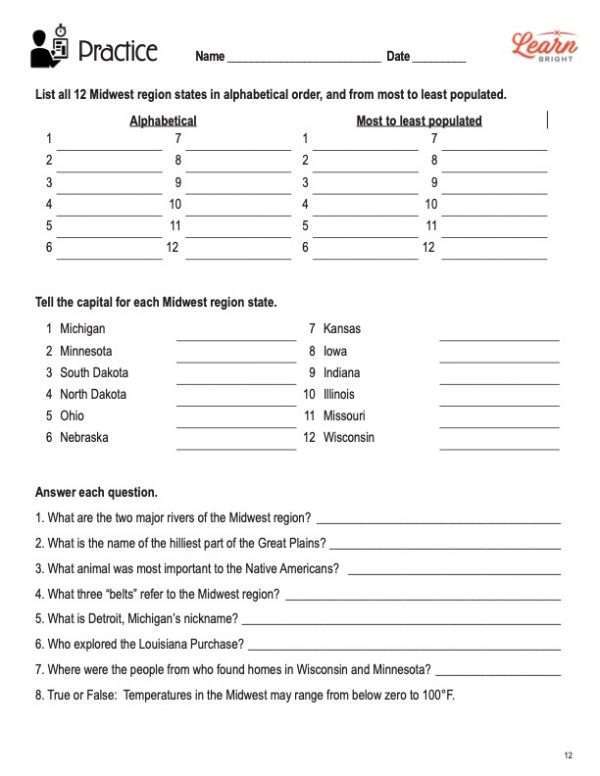 The United States Midwest Region lesson is an excellent source for information on the 12 states of the Midwest. Students will learn about the landscapes, wildlife, and important historical events. They will discover a lot about these unique states. And the worksheets provide fun ways to apply their knowledge!

Students will discover a great deal about the Midwest. They will learn about the “Badlands” and “Tornado Alley.” They will also learn the nicknames of each of the states. The lesson provides several tips for teaching and administering the content. Those options are listed in the “Options for Lesson” section.

Lesson Objectives and Overview: United States Midwest Region describes the states that make up the “Heartland” of the nation. The Midwest does not have too much variety when it comes to landscapes, unlike other regions. Overall, it consists of a lot of plains, rolling hills, and few trees. However, there is lots of wildlife, such as deer, coyote, prairie dogs, and muskrats.

Your students will learn about some significant historical events as well. The lesson discusses the Louisiana Purchase and the Lewis and Clark Expedition. Students will also learn about some Native American tribes who lived on the Great Plains. The tribes included the Sioux, Cheyenne, and Apache.

This lesson contains specific information on each state in the Northwest. It provides the populations, the capital city, and other cool facts. For example, Michigan is called the Wolverine State. Mark Twain’s boyhood home was in Missouri. And one of Ohio’s main attractions is the Rock and Roll Hall of Fame.

After several pages of content, the lesson contains a fun activity, practice worksheet, and homework assignment. These will test students on their memory of the lesson material.

For the practice worksheet, students will list the states in alphabetical order. Then they will order them by population, most to least. After that, they will write the capital for each state. Last, they will have to answer eight questions based on the lesson.

The homework assignment requires students to match states to corresponding landmarks, cities, and facts. They will have to remember what they learned throughout the lesson. There are also six numbers that have some significance to the Midwest region. Students will have to describe what each of the numbers mean.

FacebookTwitter
Be the first to review this item
Filter Reviews:
×
Clear filter
More Filters
A
08/15/2022
Anonymous