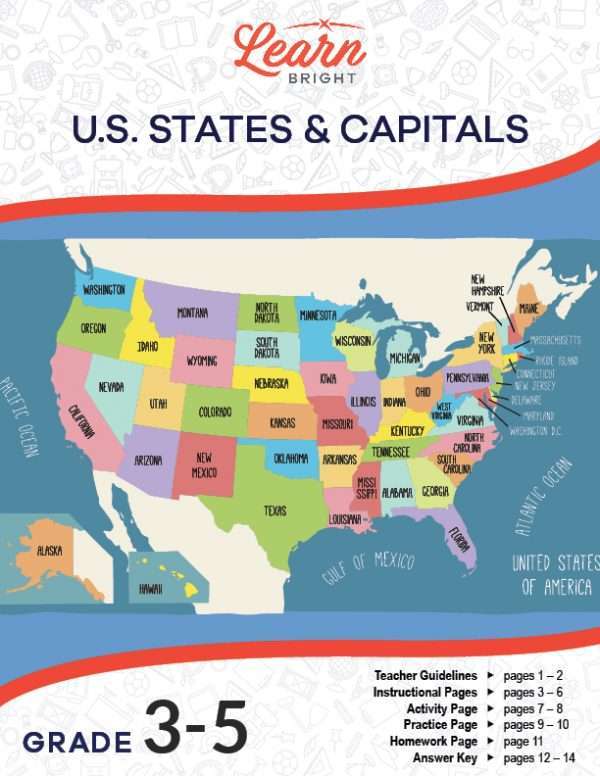 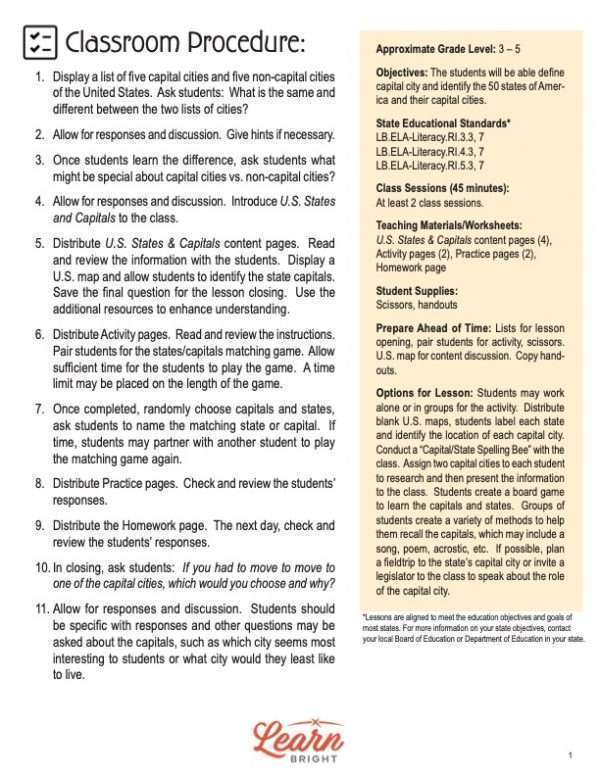 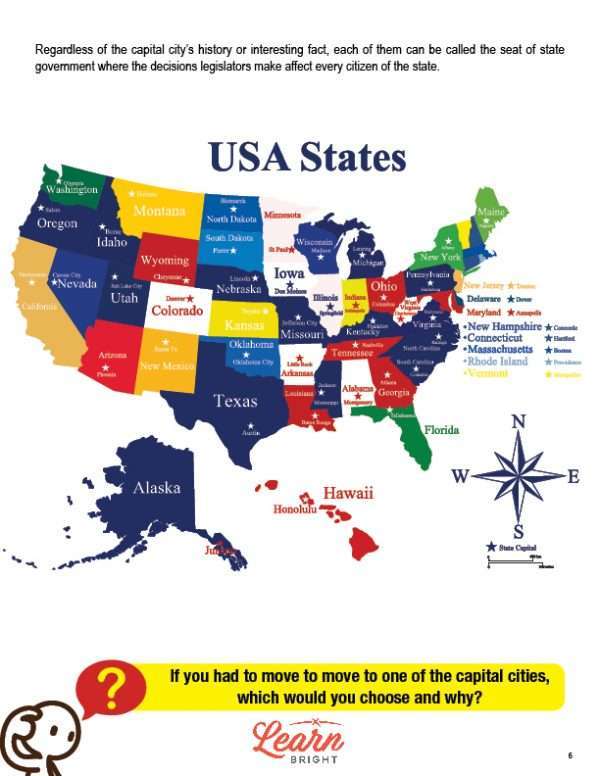 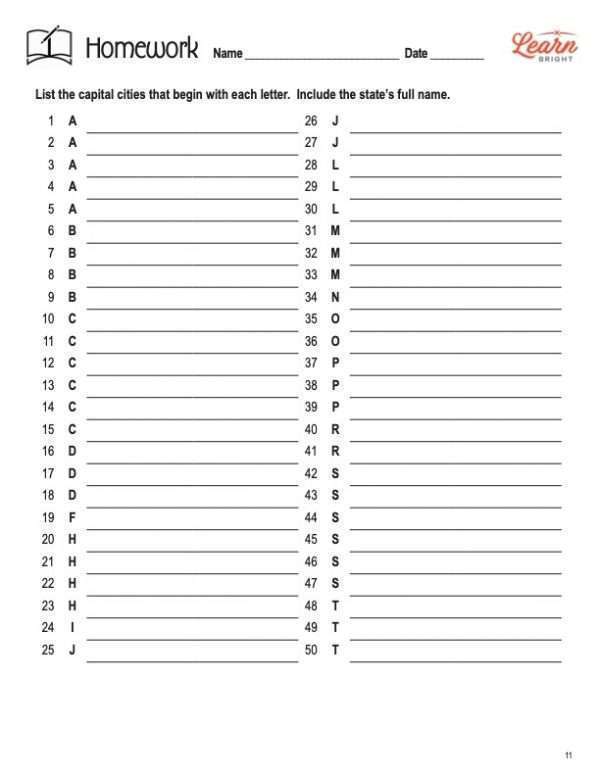 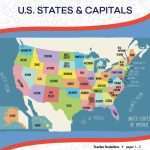 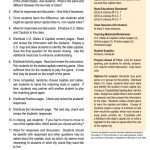 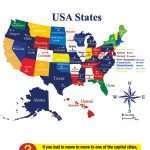 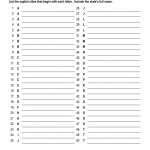 States and Capitals introduces students to all the nations’ states in a fun way. Students will enjoy learning about each state and its capital city. The lesson contains fun facts about the cities to engage students in learning. For example, Detroit used to be the capital of Michigan, but Lansing became the capital city in 1847. Jefferson City’s capitol building burned the ground after only 11 years. Juneau, Alaska, is the largest capital; it’s bigger than the whole state of Delaware.

Through the activity and assignments, students will solidify their memories. By the end of the lesson, they will be able to identify most if not all of the states and their capitals. You will find extra suggestions for the lesson in the “Options for Lesson” section.

What our States and Capitals lesson plan includes

Lesson Objectives and Overview: States and Capitals is a fairly simple lesson with a simple objective. It introduces students to the 50 states of America and their capital cities. Students will learn a few extra facts about each of the states as well along the way. The lesson does, however, require a lot of memory work. Fifty is a lot of states to remember, but students also have to remember their capitals.

There are four content pages that describe the states and capitals. The first page describes what a capital city is as well as its function. Capital cities generally house the seat of government. These cities are where elected officials meet and where state representatives decide on regulations. Students will discover that there are several ways the government decided which cities would become capitals. Sometimes cities were near the center of the state, and that was convenient. Sometimes people a city because it would promote economic growth or encourage settlement.

The remaining content lists all the states, their capitals, and one or two facts. For instance, there are over 200 mountain peaks visible from Denver, Colorado. The first North American Christmas happened in Tallahassee, Florida, which was once called Desoto. And Concord, New Hampshire, houses the oldest state capitol with its original meeting chambers.

For the activity portion of the lesson, you will divide students into pairs. The worksheet lists the 50 states and capitals in a table. Students will cut apart each piece and place them face down on the table. Then they will play a matching game with their partner until they match all the states and capitals. The students with the most matches wins the game.

The practice will further test students’ memory in two parts. First, they must match states to their capitals. The worksheet divides the states into their regions: Southeast, West, Midwest, Northeast, and Southwest. Second, they have to list the capital cities in alphabetical order and include the states’ two-letter abbreviation.

The homework requires students to list the capital cities and states using letter hints. Each line has a letter that represents the first letter of a capital city. There are five A’s, three L’s, three P’s, and so on. The students will also have to include the state’s full name as well.