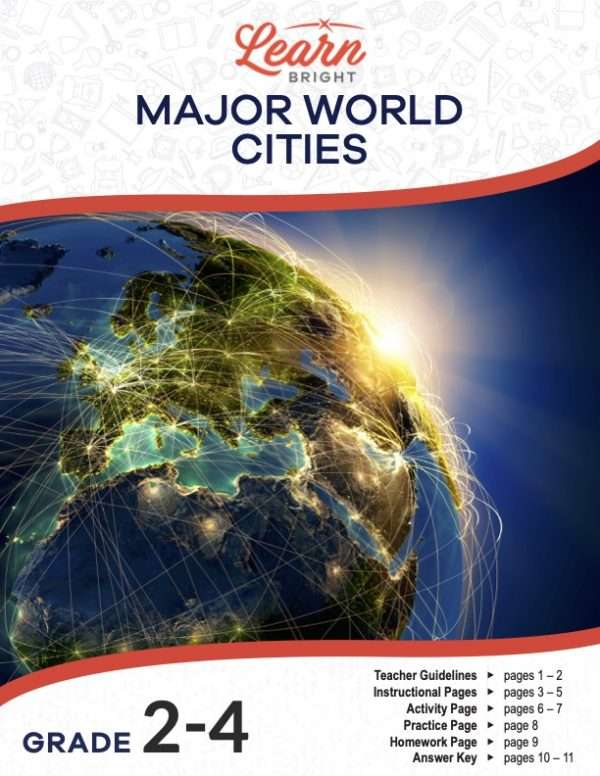 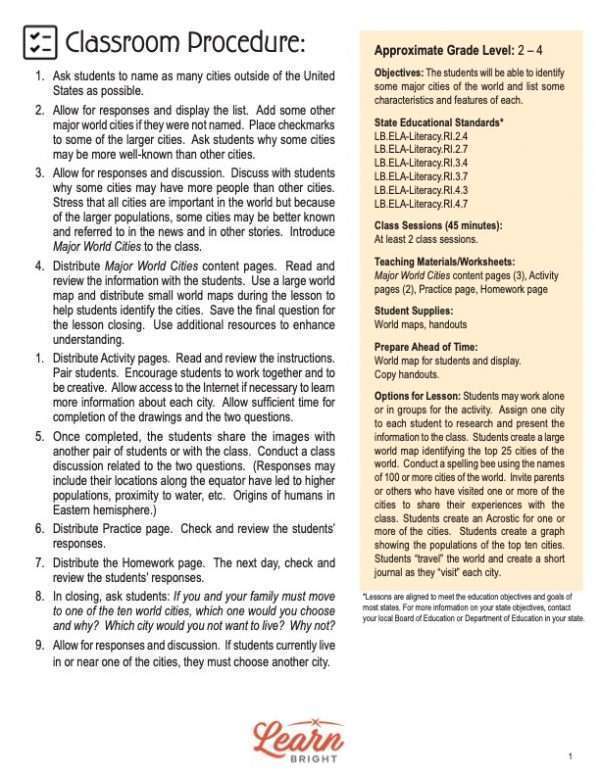 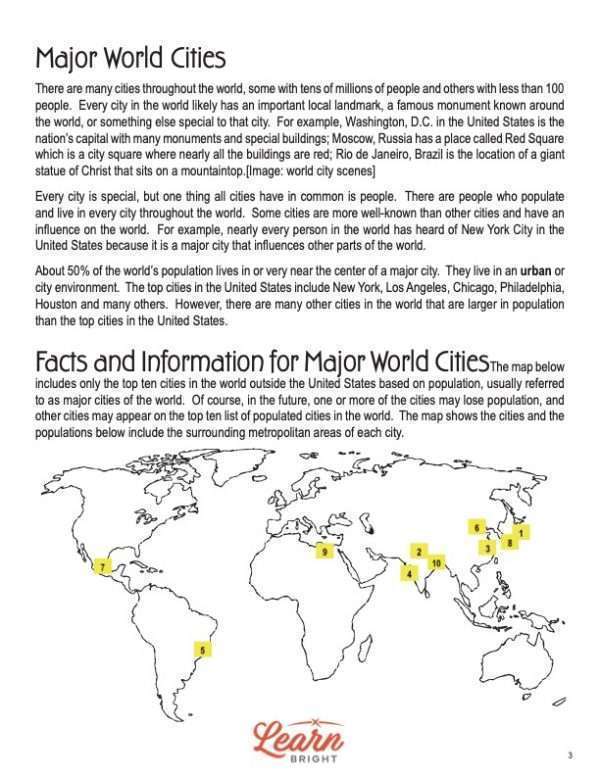 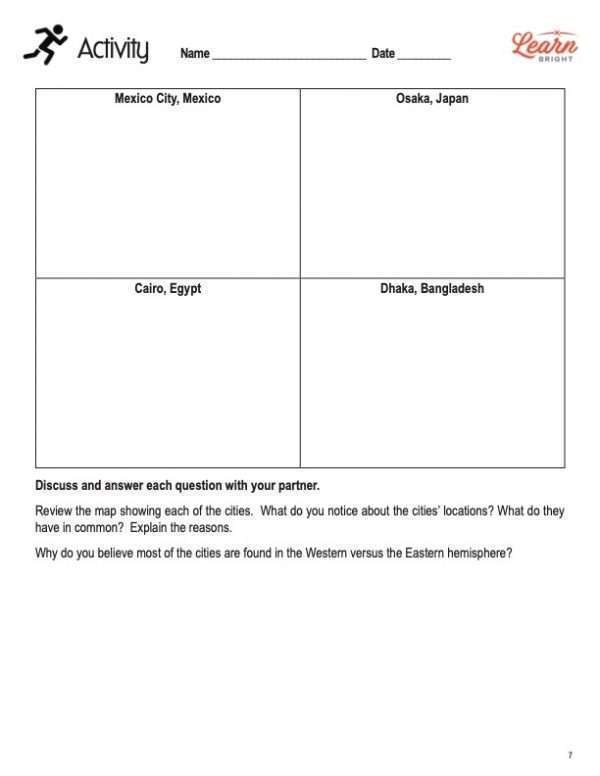 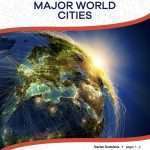 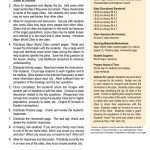 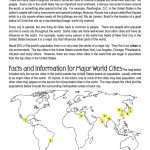 Major World Cities introduces students to the ten most populated cities in the world. Students will discover several facts about each of these cities and be able to identify the country that they are located in. The lesson also describes some other major cities with large populations that have great influence on the world, such as London, England, and Paris, France.

There are many suggestions in the “Options for Lesson” section that you could take advantage of when delivering your lesson. One such suggestion is to conduct a spelling bee using the names of 100 or more cities around the world. Another fun suggestion is to invite parents who have visited one or more of the cities to share their experiences with the class.

Lesson Objective and Overview: Major World Cities explains some of the traits and features of major cities around the world. These cities are the ones with the highest population counts. Students will learn about cities like Tokyo, Mumbai, Mexico City, and Cairo. The lesson focuses on the top 10 most populated cities primarily. However, it also touches on other major cities like London, Paris, and Moscow.

This lesson contains three content pages. The first page describes the concept of what makes a city major based on population. Many cities contain millions of people while others can have as few as a hundred. Students will discover that 50% of the population of the world lives in or very close to a major city. They will learn some of the major cities within the United States, such as New York, Los Angeles, and Chicago.

Students will work with partners for the activity worksheet. They will draw an image that represents each of the 10 major cities that they learned about. Then they will discuss and answer a few questions at the bottom of the second page.

Similar to the practice worksheet, the homework has two parts. The first part requires students to answer a series of 15 questions about what they learned in the lesson. The second part requires them to write the country of each major city they learned about. This section also includes some of the less populated cities. There are 16 cities in this section.