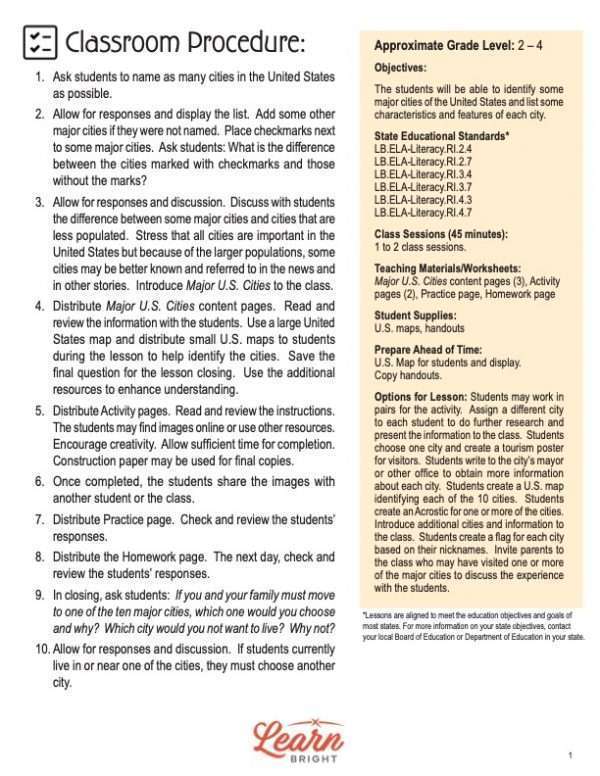 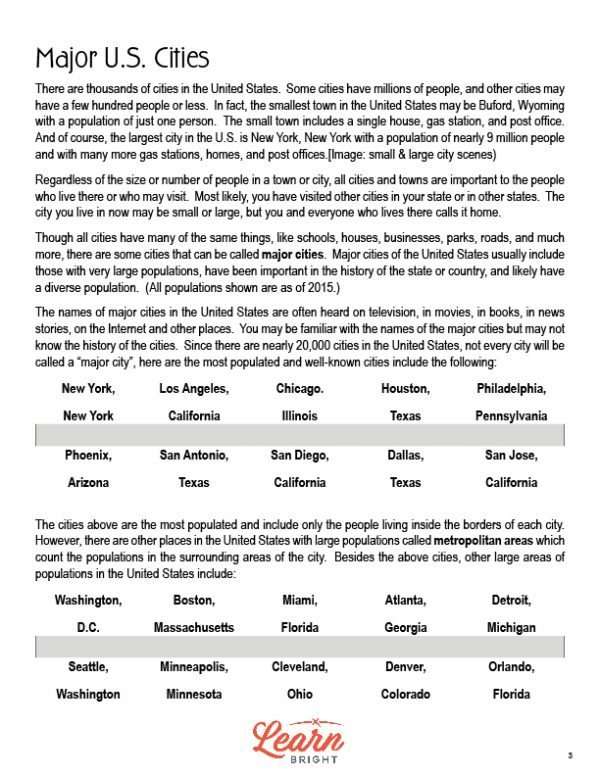 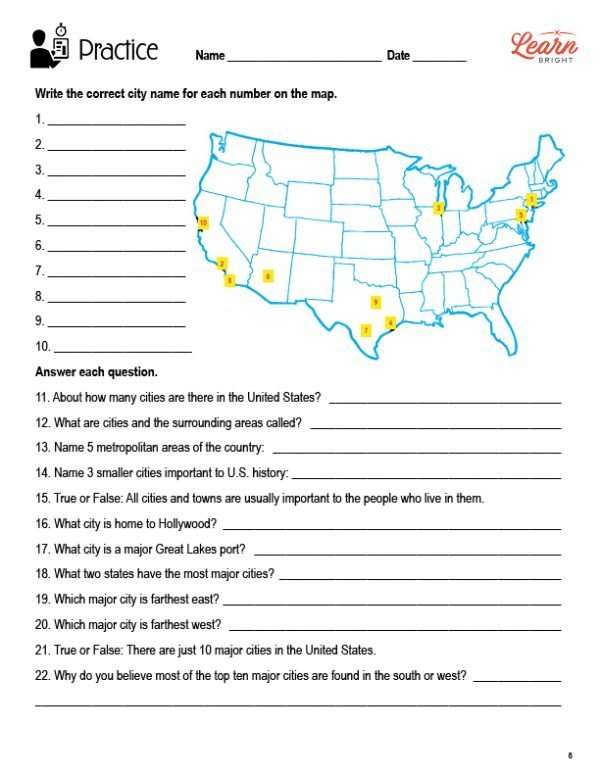 Major U.S. Cities introduces students to some facts and features regarding the top 10 most populated cities in the U.S. Students will be able to identify these cities and list their corresponding characteristics. They will learn the nicknames of these cities and even get to draw pictures that represent those nicknames.

The “Options for Lesson” section offers many suggestions for either additions or alternatives for your lesson. One suggestion is to have students write to the mayor or other office of a city to obtain more information about it. Another option is to have students create a flag for a city based on its nickname. You could also invite parents who have been to some of these cities to come to the class and share their experiences.

Lesson Objectives and Overview: Major U.S. Cities teaches students some facts about some of the most populated cities in the United States. Students will be able to identify these cities and list some of the traits and features of each one. They will discover that people refer to cities as major cities when they have large populations or great influence on the country it is in or on the world. This lesson focuses on the top 10 most populated U.S. cities.

There are four total content pages in this lesson. The first page describes the United States as a whole and how it contains thousands of cities. Some cities have millions of people while others have a couple hundred, or even fewer. In fact, they will discover that the smallest town has a population of just one person. That city has one house, a gas station, and a post office.

The lesson continues by presenting the top 10 major cities that count only the people living inside the city borders. It also lists 10 other cities that include people in surrounding areas in the population counts. A table describes a few facts about each of the top 10 cities. Students will also learn that both California and Texas have three cities each with some of the highest populations.

For the activity worksheet, students will draw an image that represents a city. They will base the pictures on the cities’ nicknames. Students will work alone for this activity.

The practice worksheet splits into two parts. For the first part, students must reference the map on the worksheet to find and name the 10 major cities. Then they will answer 12 questions about the cities using what they learned in the lesson.

For the homework assignment, students must match cities to the facts they represent. There are 20 statements for students to match. (They will use each city twice.)