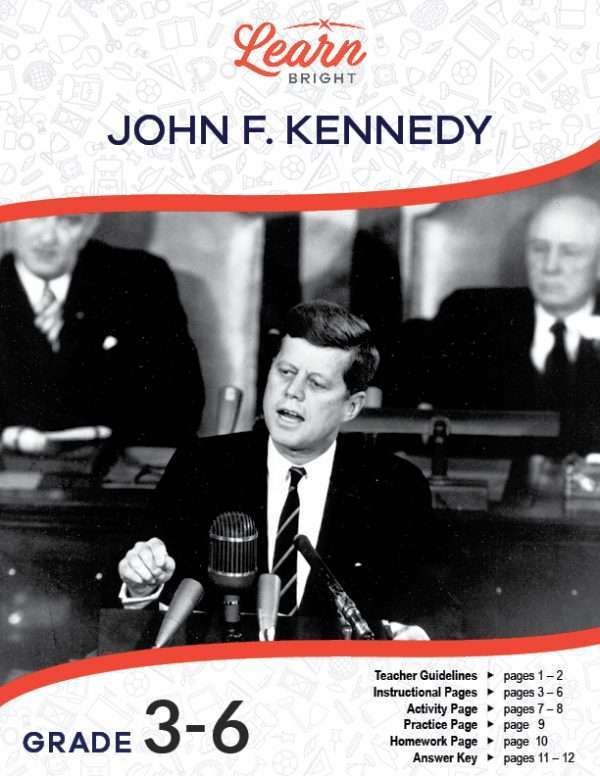 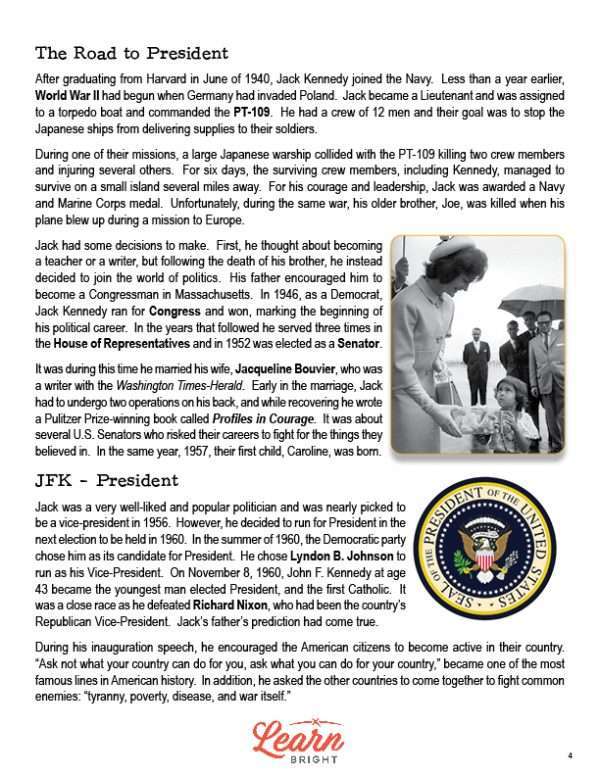 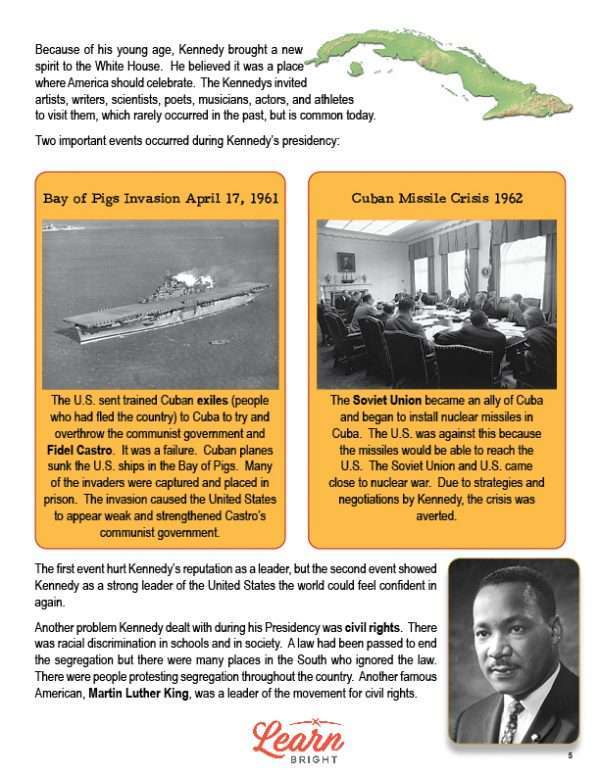 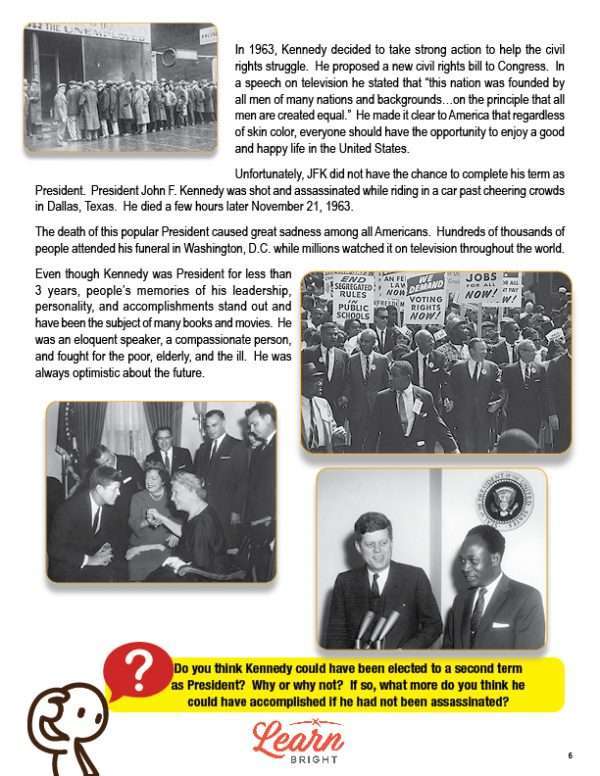 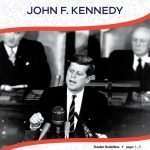 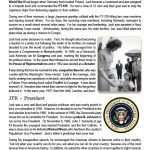 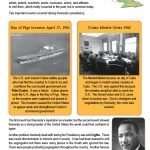 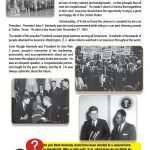 Our John F. Kennedy lesson plan introduces students to the 35th President of the United States, John F. Kennedy. The students will learn about Kennedy’s accomplishments and contributions as President of the U.S. The lesson includes some background of the Kennedy family, as well as some of the events Kennedy had to confront during his presidency including the Bay of Pigs and the Cuban Missile Crisis. Finally, the events surrounding Kennedy’s assassination are reviewed as part of the lesson. During this lesson, students are asked to work with a group to discuss questions about JFK and his life, including “Do you believe the availability of television, Internet, and advances in technology help or hurt a person in becoming President?”. Students are also asked to identify people relevant to JFK and explain how they are significant.

At the end of the lesson, students will be able to identify John F. Kennedy, list significant contributions, and explain his influence on the United States and the world.