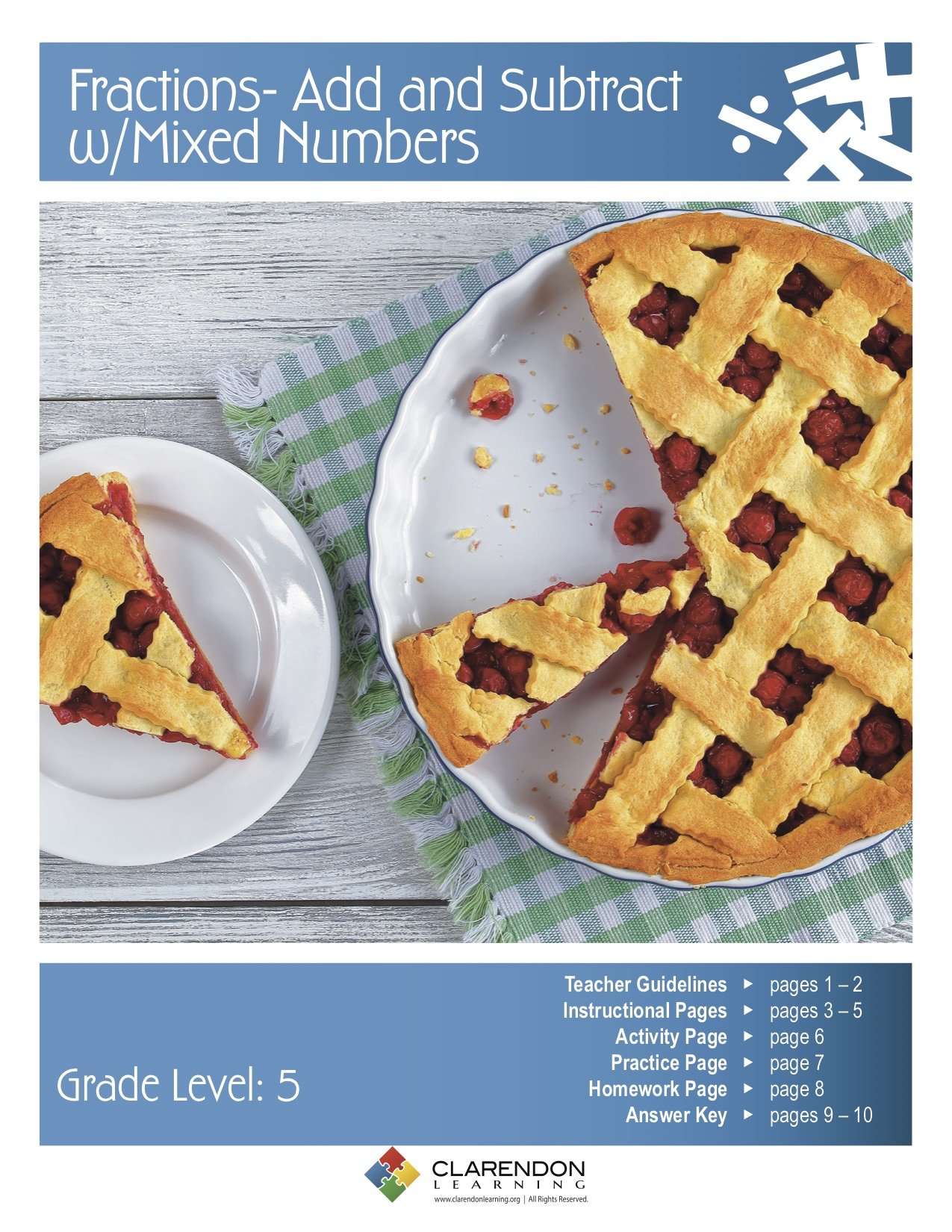 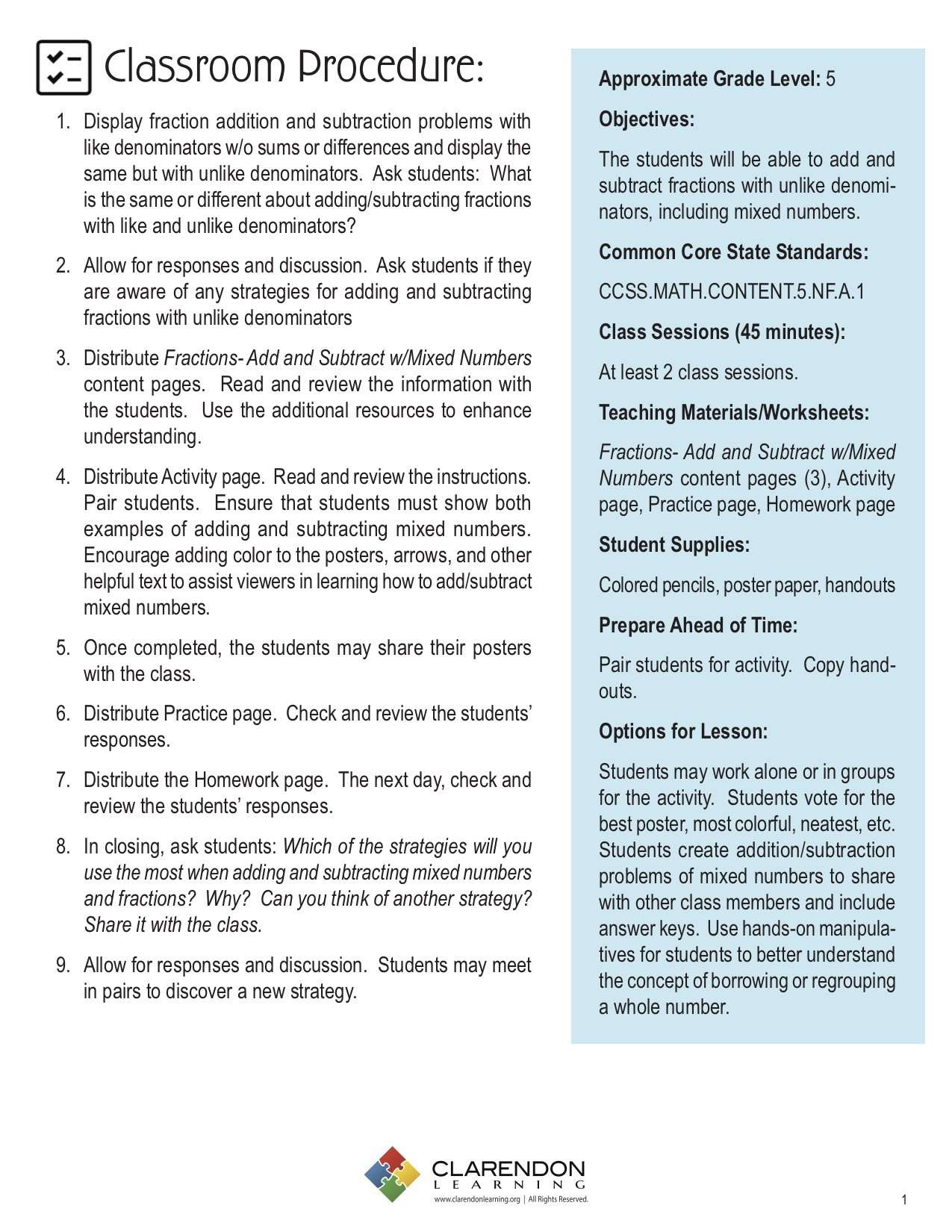 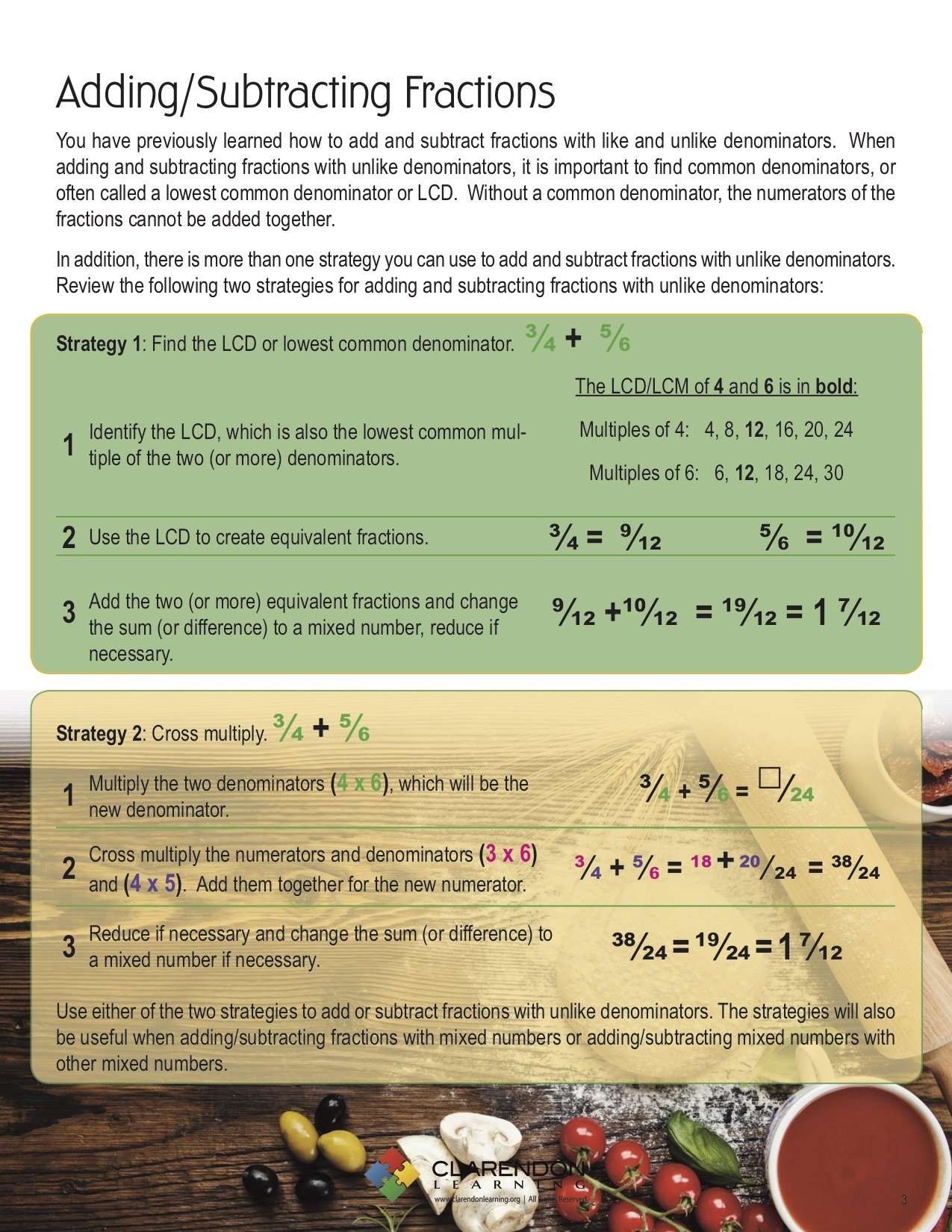 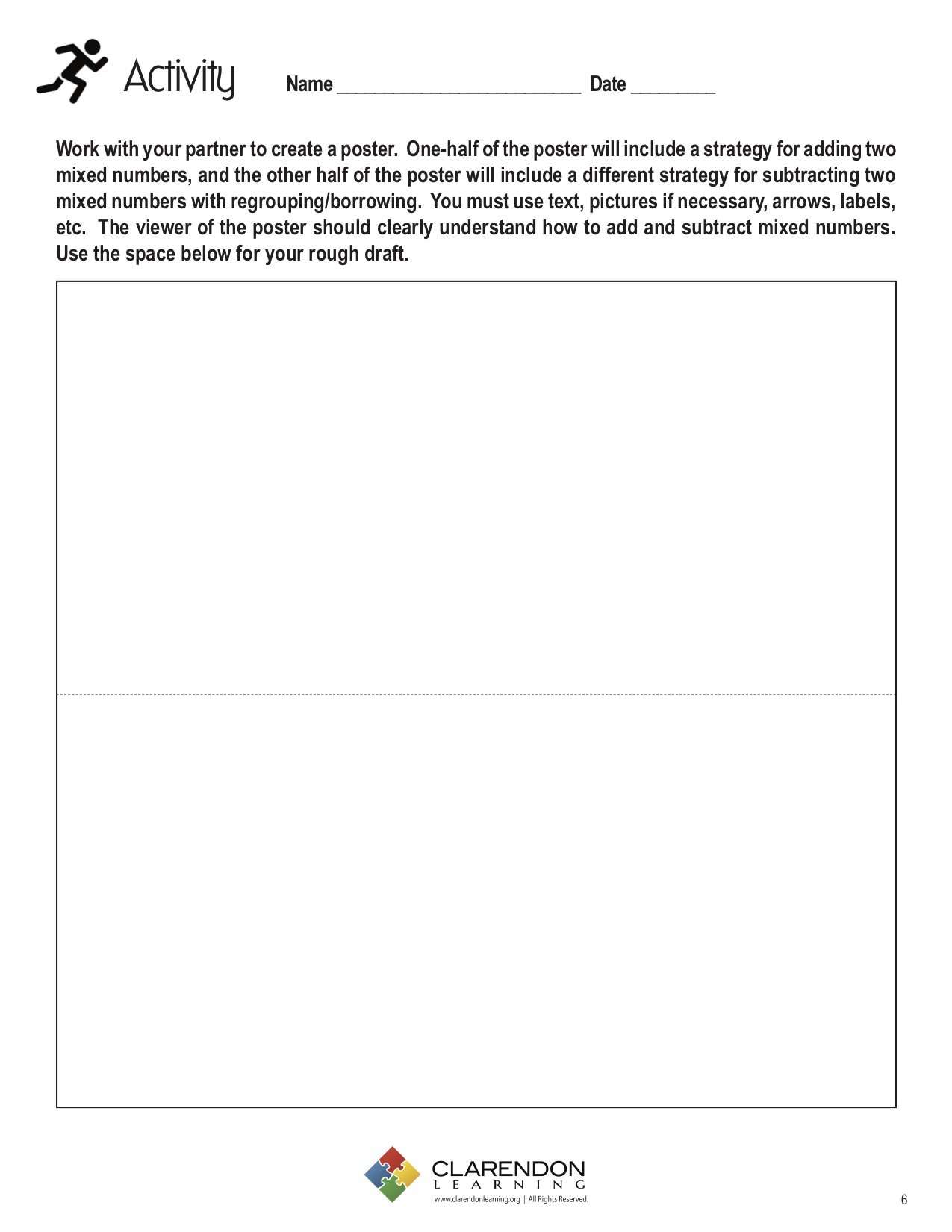 With our Fractions – Add and Subtract with Mixed Numbers lesson plan, students learn how to add and subtract mixed numbers using specific methods.

Our Fractions – Add and Subtract with Mixed Numbers lesson plan teaches students methods for adding and subtracting mixed numbers. During this lesson, students are asked to use their creativity and work collaboratively with a partner to create a poster, one half of which will include a strategy for adding two mixed numbers, and the other half of which will include a different strategy for subtracting two mixed numbers with regrouping/borrowing. Students are also asked to solve addition and subtraction problems with mixed numbers using the methods outlined during this lesson.

At the end of the lesson, students will be able to add and subtract fractions with unlike denominators, including mixed numbers.