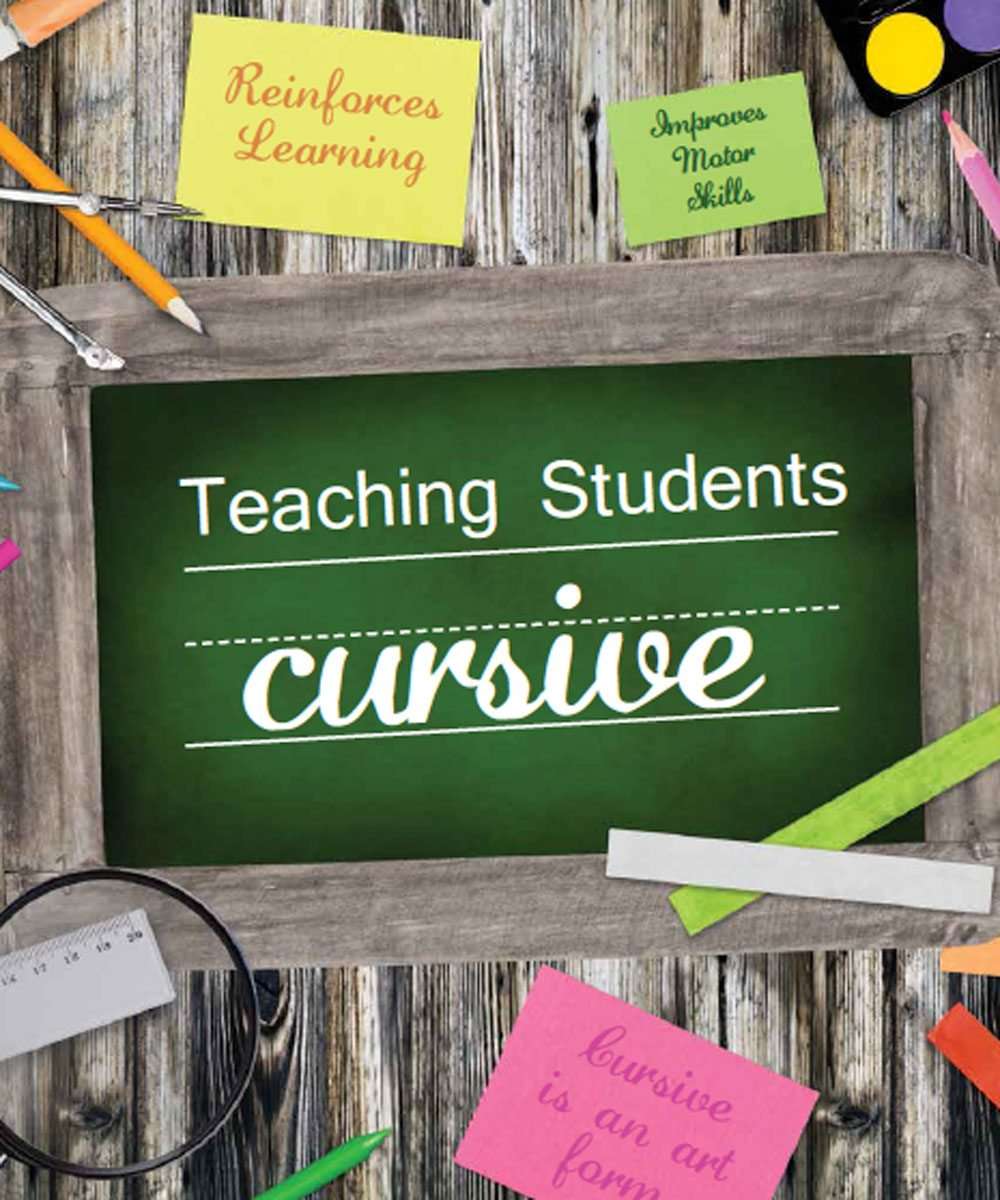 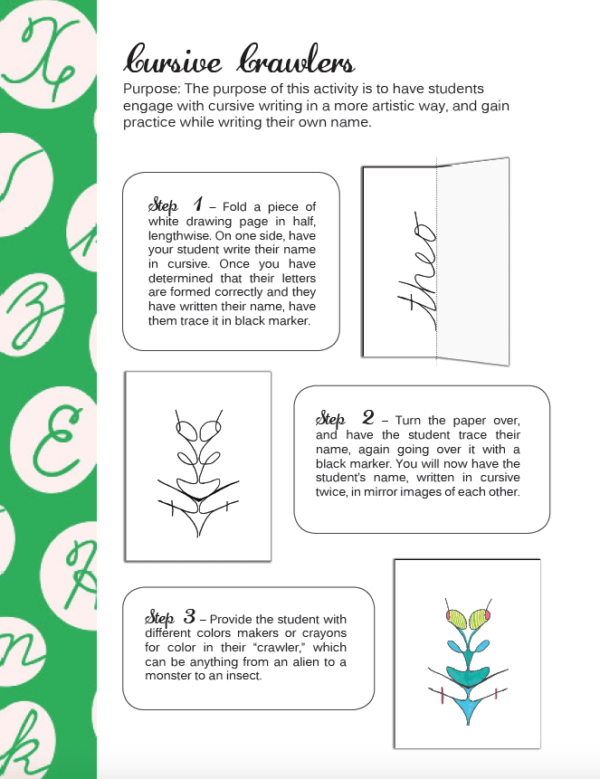 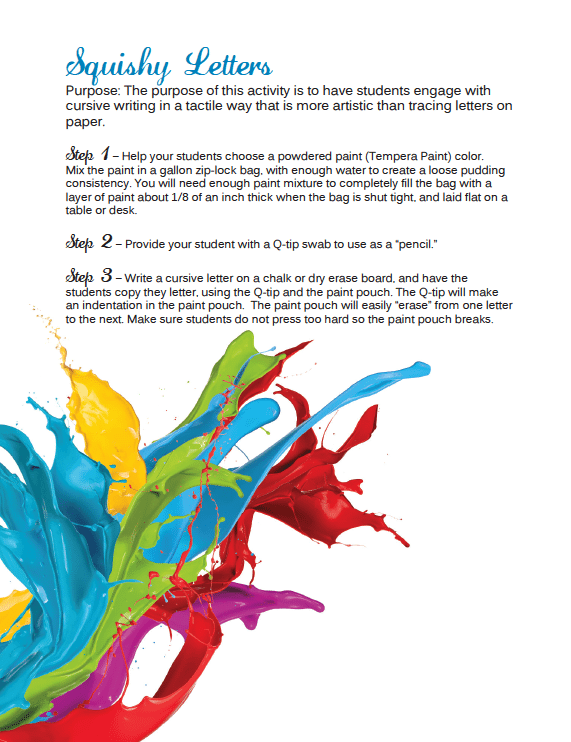 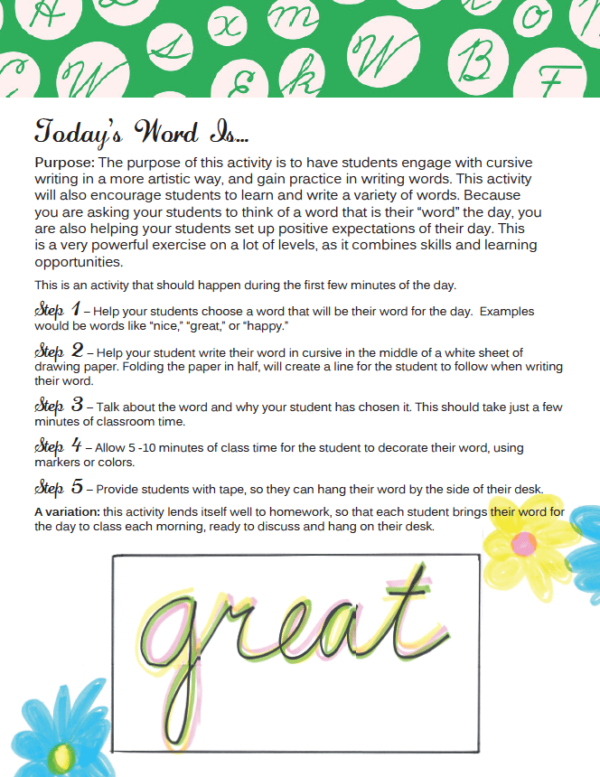 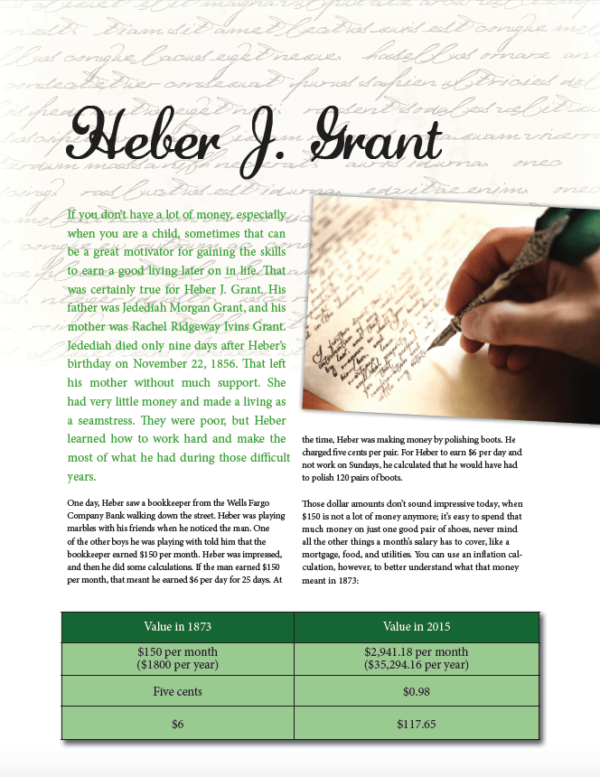 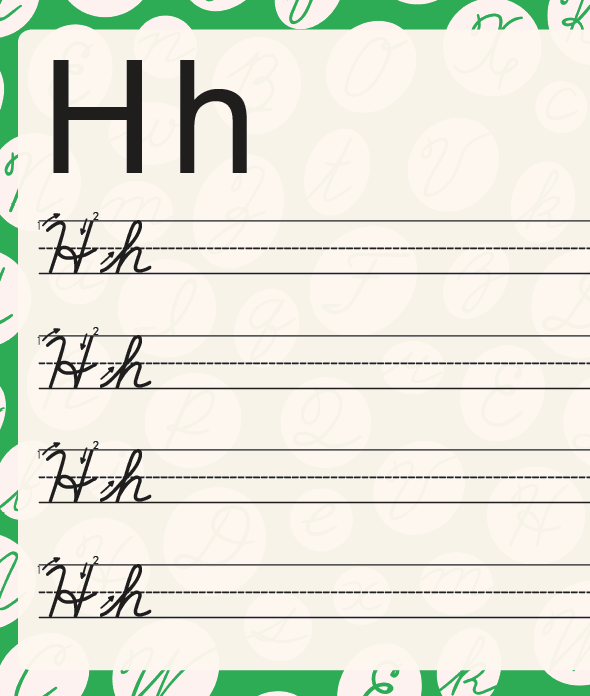 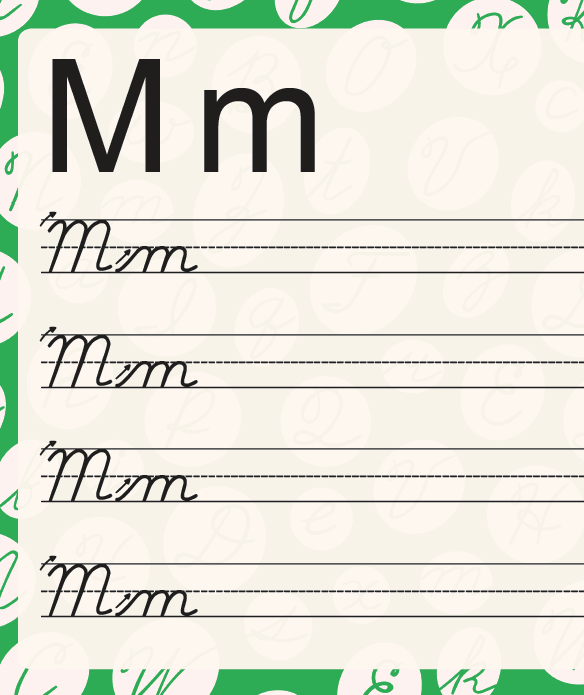 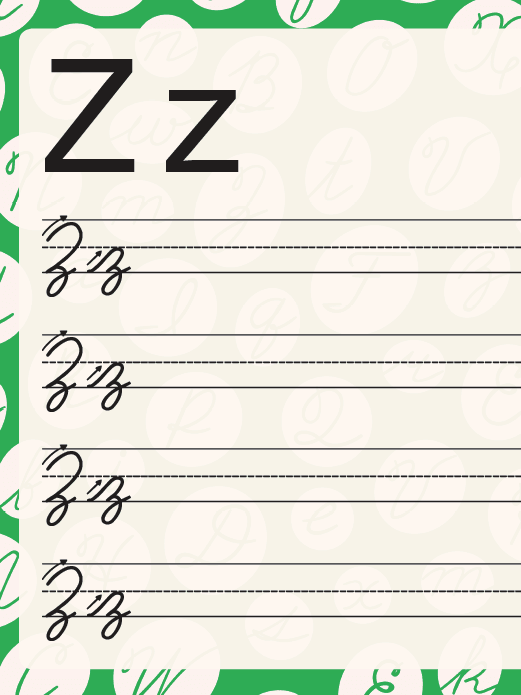 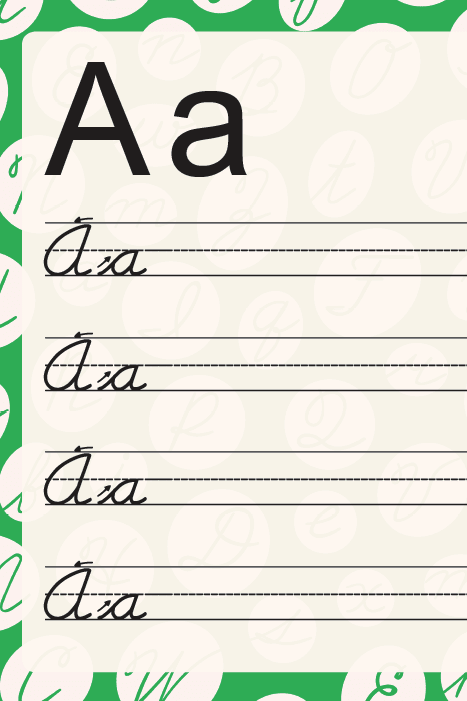 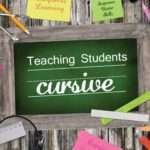 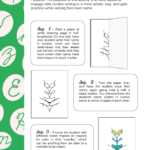 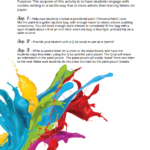 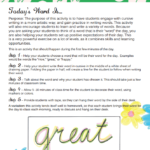 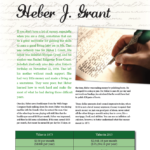 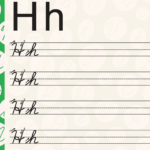 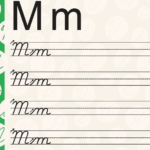 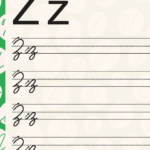 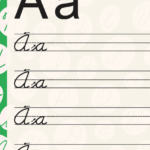 Our Teaching Students Cursive Lesson Plan is designed to help teachers and parents teach kids how to write in cursive.   Included in the full curriculum is the following:

We hope you enjoy teaching and learning how to write in cursive!

Cursive is an underrated skill. At a time when most schools have increased their emphasis on testing and dropped or cut back school time for basics such as gym and music classes, it’s not surprising that administrators and teachers have also backed off their one-time emphasis on teaching students how to write in cursive. The decline started in the 1970s and has progressively gotten worse over time. New national standards don’t even require students to learn cursive, and for many school districts, that’s reason enough to eliminate it from the curriculum. The fact that teaching cursive is left to the discretion of local school districts is a polite way of saying it is not perceived nationally as a necessary skill any more. Cursive was originally intended as a way to write more quickly, aft er all, but someone who is typing is generally going to be able to work faster than someone who is writing cursive.

If the only motivation for teaching cursive is the fact that it can be faster than printing, then maybe it’s time to forget about teaching students how to do anything much beyond printing letters, and teach them how to type instead. But are there other benefits for students who write in cursive?

I was very pleased with the quality of the products. Yes there are a lot of free things on the internet but they are not always of good quality. The quality is there in these products.

I have shared the "Teaching Students Cursive" with parents who are helping to keep their children occupied and working on school related activities during the school shut down. I have not gotten comments back from them as this was just send out over the weekend (and today is Monday) but the product had nice directions for learning cursive for each letter as well as some activities that could add an enrichment element for the older students that this is attended to provide for.

I have students from different grades and different writing abilities. This lesson was great for the beginners, but was still useful for the kids who already had the basics. It worked really well for all my students and I recommend it to any teacher trying to teach cursive.

Easy to use and very helpful

Clarendon Learning is amazing! When I teach from these lessons I never feel confused, left behind or like I'm not covering the whole subject. It's a great resource and my son gets excited about the lessons! Clarendon is where I will always come for my lesson plans from now on!